Where can I live on a barge near Dublin?

How do I register my boat?

To register a boat on the Shannon, contact the Waterways Ireland Inspector of Navigation at The Docks, Athlone. Ph: +353(0)90 6494232. To register a boat on the Erne, contact the Warden at Portora Ph: +44(0)28 6632 2836 There is no charge for registration, but once your vessel has been assigned a registration number, you must display the registration sticker visibly on your craft. The inspector/warden will issue you with an application, which you must complete and return to him. He will then issue you with the registration number for your boat. You can also download the application forms from the Waterways Ireland website.

Note: if you have purchased a craft that has already been registered, be sure to contact the Inspector to update his records with your new owner information
Created: 2006-03-29 – Last Updated: 2006-03-29

Where can I get information about renting a boat on the Shannon / Erne / Grand Canal etc?

Under construction – please come back soon

I'm bringing my boat to Ireland - what do I need to do?

Have a look at our page entitled “Bringing your narrowboat to Ireland ” – which is obviously applicable to other boats too! This addresses dimensions, boat transportation, equipping a boat and lots of other advice.

Have a look at our page “Putting a boat on the water “. This address registration requirements on the different navigations.

Where can I launch a small power boat on the Shannon?

In addition, there are slipways in private marinas and boatyards, but you would need their managers’ permission to use them.

Just in case: it is likely that you will need to register your boat, if it has an engine over 15hp. You must also comply with the Shannon Navigation bye-laws. There is no charge for registration. Contact The Inspector of Navigation, The Docks, Athlone, Co Westmeath. Tel +353(0)9064 94232. Alternatively, download the appropriate registration form from Waterways Ireland www.waterwaysireland.org. There is a charge for passing through locks and fixed bridges.

I'm considering purchasing a barge as a holiday home in Ireland. What are the pitfalls (sourcing, mooring, outfitting, maintiance and upkeep etc. )? 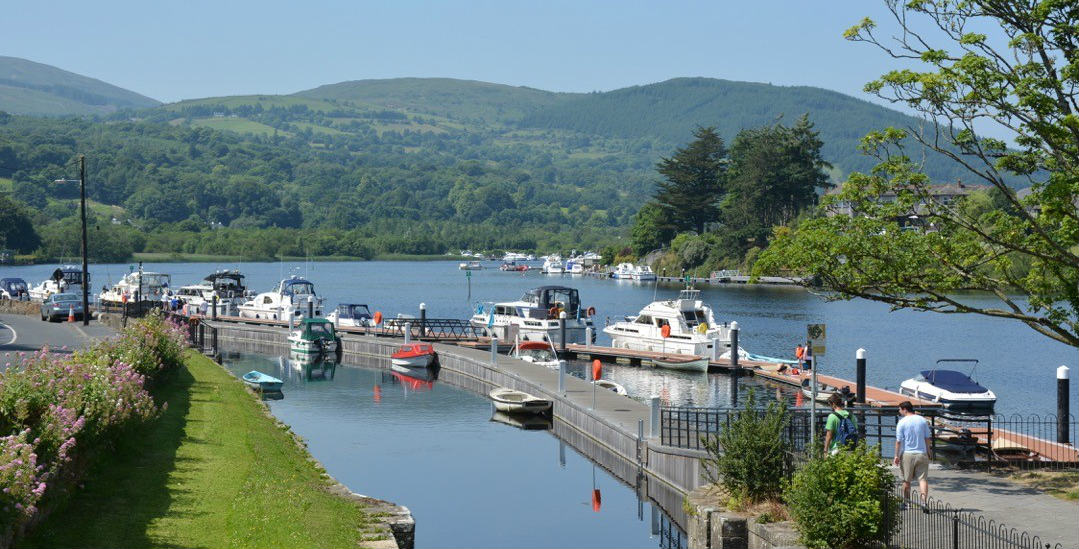 Could you please send me a brochure about your holiday packages?

We do not sell holidays, we do not document the holidays available on the waterways, and we don’t endorse any holiday packages offered by travel companies for the Irish waterways.

Can you add a link to my website from your links page?

Yes, if your website is directly relevant to the Irish inland waterways and and offers content of interest to our visitors, we will be happy to offer you a link.

Can you add my boat hire company to your Hire Boats section?

Yes – please review the categories of information required in the boat hire pages and then send us a message with all of the relevant information as shown for the existing listings.

Can I copy the maps from your site to use on my own website?

NO. All of the materials presented on this website are protected by copyright law, and are owned variously by the Association, and its many contributors. Under no circumstances may you copy any materials from this site without the copyright owner’s express permission. If you feel that you have a remarkably philanthropic reason for requesting to use the materials, then please do contact us using the form below.

I want to complain about a canal, a harbour, a boat etc.!

IWAI is a voluntary body of waterways enthusiasts. The body with responsibility for most of the navigable waterways in Ireland is Waterways Ireland. Please contact them in relation to matters about the waterways.

Can you give me lots of information about the waterways?

A good place to start is on our specific waterways-related pages. We’ve dedicated pages for the:

This website is absolutely packed with information about the history, heritage, environment, flora, fauna, maps, charts, photographs and news items about the Irish waterways. Please dig really deeply into the site – we’re pretty sure that what you want to know is in here somewhere.

If you really can’t find the subject you’re looking for, then your best bet for finding the answer is on our public waterways discussion forum. This forum is an active discussion group full of people who know the waterways better than the backs of their own hands. If you post a message to this group describing what it is you are trying to find out, you will probably receive a number of well informed responses. You may even instigate a veritable flood of information. There are no guarantees though.

Can I cycle the towpath from A to B?

Some waterways don’t have towpaths: the Shannon, the Erne, Lough Neagh, the Corrib, the Slaney, the Shannon-Erne Waterway, the Lower Bann (I think).

Some abandoned waterways have towpaths with cycle ways: the Newry Canal.

The three main waterways in the republic have towpaths: the Royal Canal, the Grand Canal (including branches) and the Barrow Navigation. These three waterways are controlled by Waterways Ireland, the navigation authority, and cycling on towpaths is contrary to their bye laws. That said, many people do cycle on them, although that fact would be no defence if you were to cause an accident or injure someone
If you decide to cycle on the towpaths, it would be a good idea to give precedence to walkers, especially children: many stretches of towpath are popular promenades.

The quality of surfaces varies from roadway to rough or boggy grass; mountain-bike rather than racer territory. 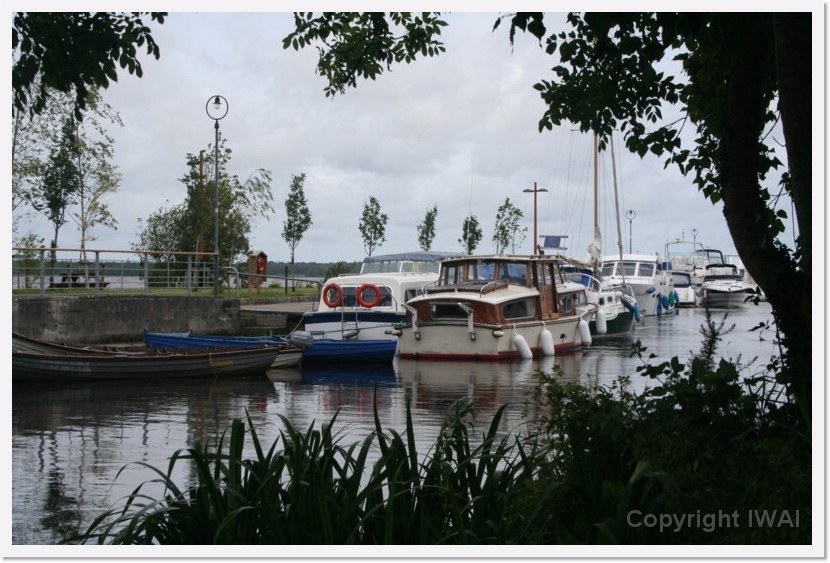 Northern Ireland Customers: Remember to select United Kingdom as your country. If you select Ireland due to 3DS your payment will be rejected. Dismiss