Newry Canal is currenty closed and is under investigation.

The Newry Canal, located in Northern Ireland, was built to link the Tyrone coalfields (via Lough Neagh and the River Bann) to the Irish Sea at Carlingford Lough near Newry. It was the first summit level canal to be built in Ireland or Great Britain, [1] and pre-dated the more famous Bridgewater Canal by nearly thirty years and Sankey Brook by fifteen years. It was authorised by the Commissioners of Inland Navigation for Ireland, and was publicly funded. It was opened in 1742, but there were issues with the lock construction, the width of the summit level and the water supply. Below Newry, a ship canal was opened in 1769, and both Newry and the canal flourished.

By 1800, the canal was in a poor condition, and another £57,000 of public money was spent refurbishing it over the following ten years. Closures during the refurbishment resulted in a loss of traffic, which did not fully recover. In 1829, both canals were transferred to a private company, who spent £80,000 on improvements over the next twenty years. The ship canal was enlarged in 1884, to allow ships of 5,000 tons to reach Newry. It reverted to public ownership in 1901, when the Newry Port and Harbour Authority was created. The canal closed in 1936 and most of it was officially abandoned in 1949, with some in 1956. The ship canal closed in 1966 and the Authority was wound up in 1974. 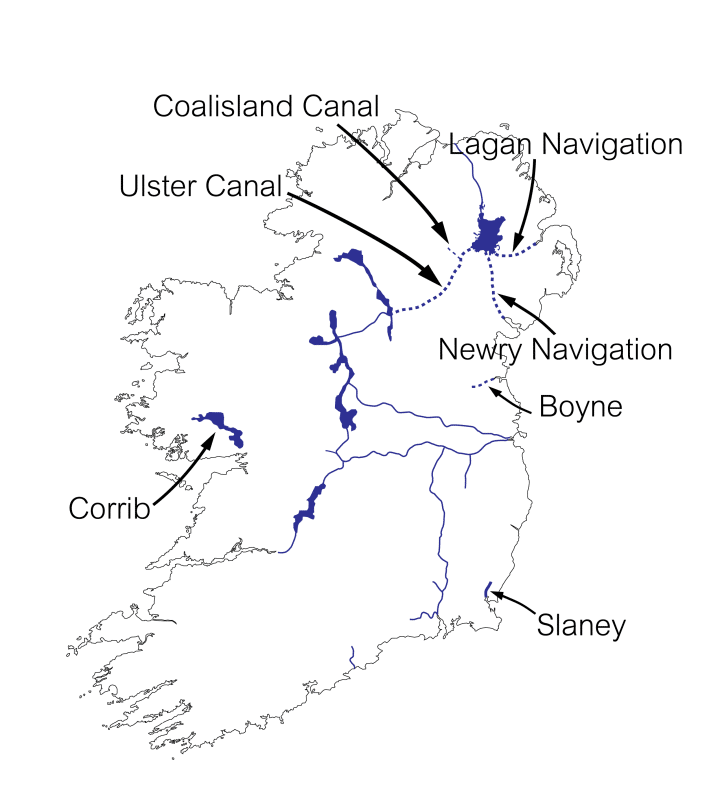