Maps:
Office of the Admiralty
– Chart 5080. 1843. Lough Derg.
CAUTION: This chart has not been corrected since first date of publication and should be used with caution.

The need for three OS maps contrasts with the excellent situation on the Erne where each of the lakes is covered by a single 1:25000 series map i.e., a total of two maps covers two large lakes. The maps of Lough Erne provide significantly more detail including submarine contours and navigation details. Hopefully a map of similar quality covering Lough Derg will be published shortly 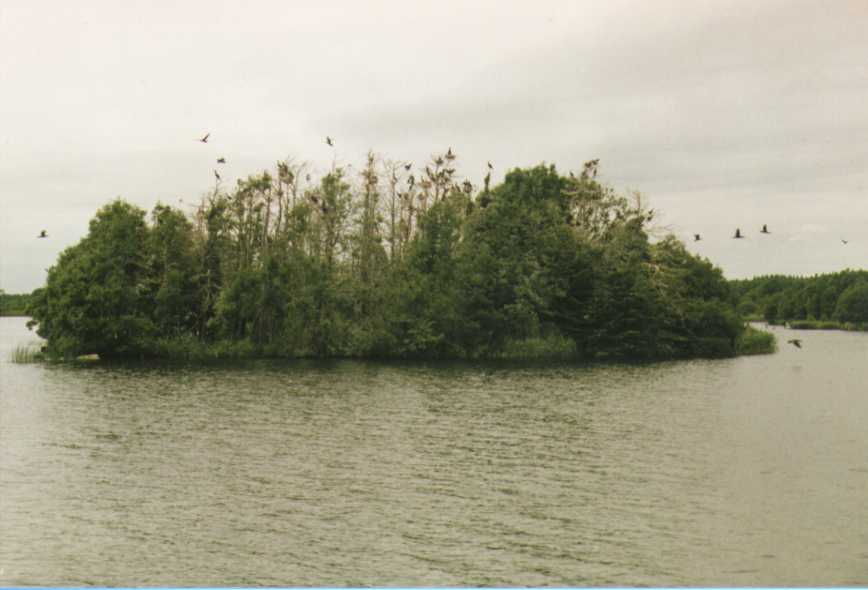 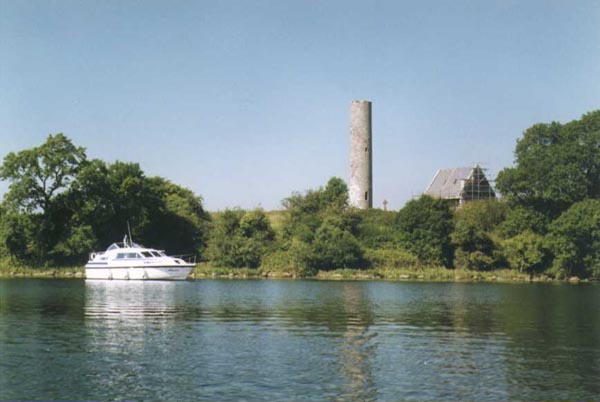 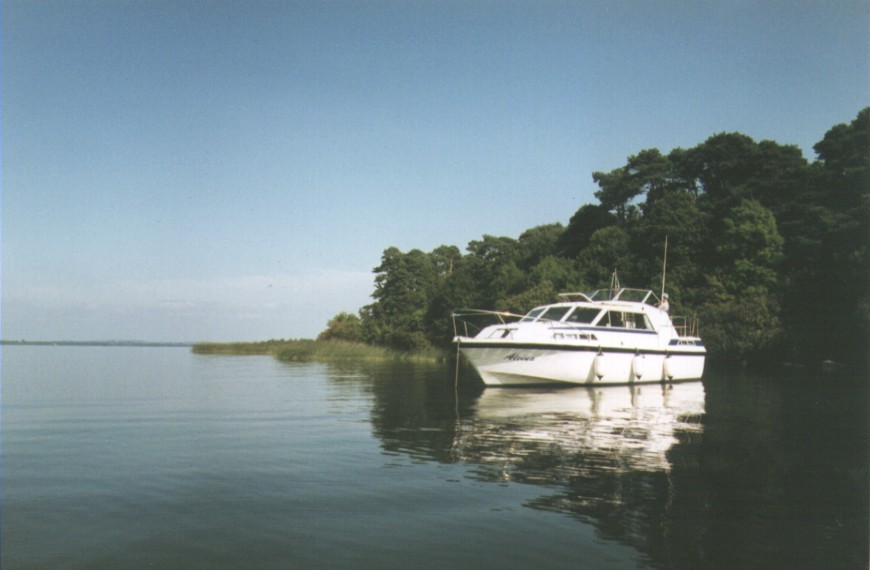 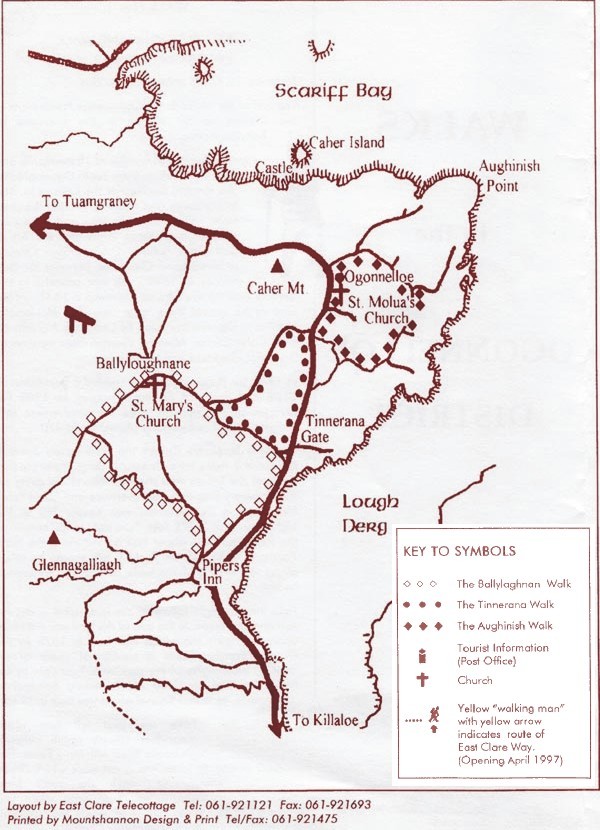 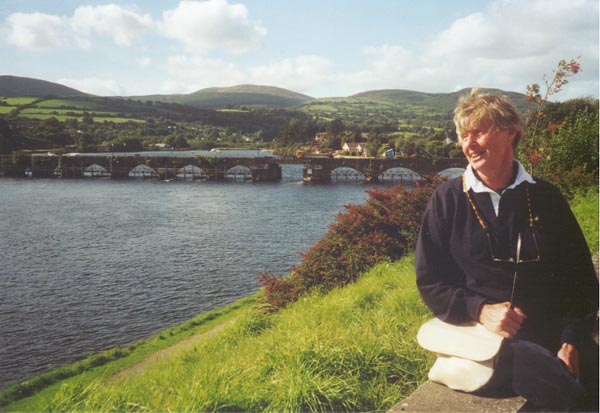 Circular walks at Garrykennedy, and Terryglass.
A review of the maps will identify a number of circular walks, mostly on-road, starting at these harbours. The starting points are:

Thanks to Brian Goggin for suggesting the Garrykennedy and Terryglass possibilities and to Jim Murray for progressing the interest in walks at Garrykennedy.

These walks are on the ‘to be researched’ list. Comments on these suggestions please to webmaster@iwai.ie

This walk existed in 1992. At that time it was a delightful woodland walk. The walk commenced at Tuamgraney Quay. We walked to the village, turned left at the main road and continued a short distance along the road to a Heritage Center. The route started close to the Heritage Center on the opposite side of the road. My notes indicate that the location of the Oak is about R660830.

One Sunday afternoon in September 2000 we visited Tuamgraney with the intention of walking to the Oak following the largely circular route we walked in 1992. We had a most disappointing experience. Management of the woodland had changed and it had become a walk for pioneers and frontiersmen. We encountered forest roads that were difficult to walk on. Old woodland paths marked on a 1992 map of the walk were difficult to find. A lodge by one of the forest tracks had fallen into a state of disrepair. Unfortunately the Heritage Center was closed so we do not know of any plans to restore the woodland to its former state.

Please send comments on developments in the woodland to webmaster@iwai.ie 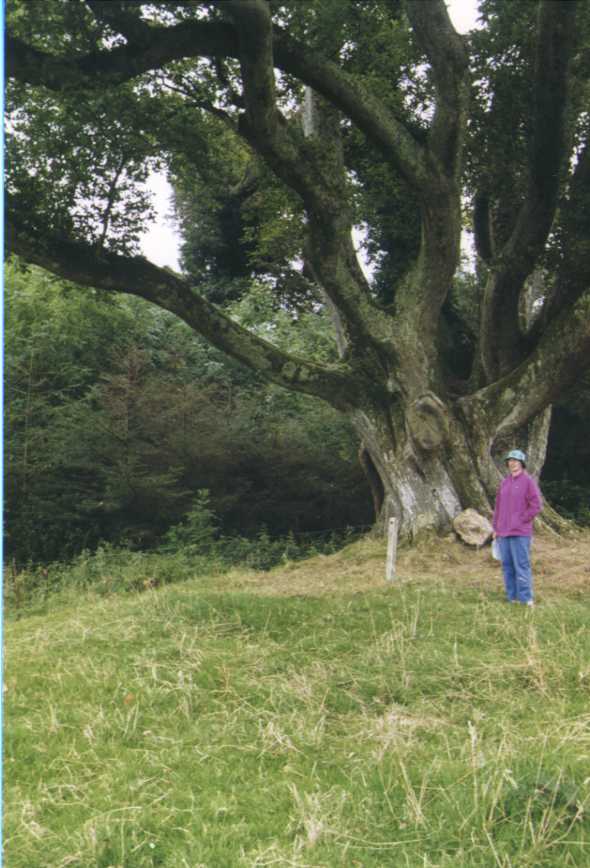 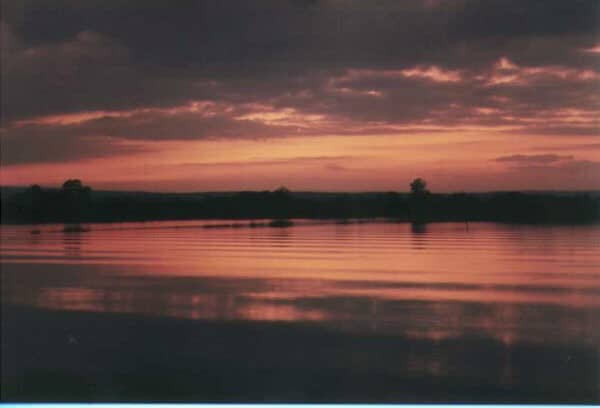